Masterful Mondays Do you have a texting addiction? -Alisha

Do you have a texting addiction? -Alisha

For all you cellphone owners out there, I’m sure you’ve all done this before. At first it starts off as one or two messages sent, but for some people it grows into an addiction. No, I’m not talking about doing drugs or smoking, it’s texting.

Having a texting obsession is probably more common than you think. Almost 72% of cellphone owners send texts to each other and the average teen sends at least 3000 texts a month! According to psychologist, Dr. Dale Archer: “Anything that you can become obsessed with, and you do so much, that you don’t do the things you need to do with family, friends, school, job, that can be an addiction. And texting absolutely can qualify.”

Recent studies say that texting can be as addicting as using heroin; in fact, the same brain areas are stimulated by both. Texting addiction symptoms include lack of eating, lack of sleep, ignoring others and losing track of time due to excessive messaging.

But don’t forget, teenagers are not the only ones who text. Many adults have the same issue, and many have gotten in trouble while texting, especially while they’re driving.

So lately, I’ve been texting quite a lot and every time, I’ll hear my parents say: “People used to have either talk to each other in person or we’d talk on the phone, but now everyone’s hiding behind cellphone screens, not taking the time to meet up with someone and speak, face to face.” Maybe it’s time to give your tired thumbs a rest and spend time with someone instead of a glowing screen. 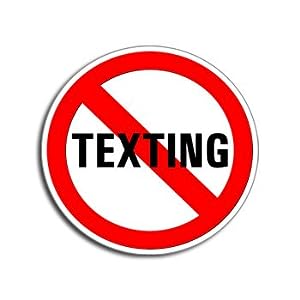