It’s that time of year again where superficial things totally take over my life, and probably the lives of many others around the world. I don’t know exactly what’s so fascinating about winning a little golden man, way too heavy for its size, but it’s there all right, and it’s extremely awesome, and incredibly fascinating. (But, God that film sucked.) Personally for me, it’s the time where I am totally dying on the inside in anticipation especially with some of the very close races this year. The ballots aren’t quite finished being tabulated yet, but here are some more educated guesses as to who will win, who should, and who should’ve been nominated. 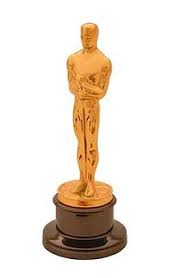 There’s 24 categories to go through so this is going to be a long one:

Will Win and Should Win: The Artist

This film totally dazzled cinemas, and dazzled me bring back and wave of nostalgia in a film which is really the epitome of a crazy gamble paid off. Silent, or Black and White, when was the last time either or let along both got any attention anywhere? (Rhetorical questions, but that would be Good Night, and Good Luck)

My Favourite movie of the year, Alfredson, Oldman, Firth, the screenwriters, and the rest of the cast bring to life a breathtaking adaptation of LeCarre’s 700 page book into scarcely just 2 hours of unconfusing film. That feat alone deserves applause, but the beauty, and the sharpness of the direction, and the perfect pacing make the film so much more. This should be in contention for the Best Picture win, but wasn’t even nominated.

Will Win and Should Win: Michel Hazanavicius

He’s hit all the precursors, and played up all the heartstrings, along with the exact reason that The Artist will win Best Picture watch for the guy with a last name that not even the President of the Oscars can pronounce pick up the prize.

Should be Nominated: Tomas Alfredson for Tinker Tailor Soldier Spy

I love, love, love Meryl Streep but there is no denying that as razor thing as the margin will be Viola probably will win only because of politics being the 1st 100% African American Actress to win in this category, sadly the performance neither deserves this award, nor the nomination. However, it is commendable that a woman of colour got this far, and to be even considered the front runner whether or not she wins(though she will) should be an amazing feat in its own right.

It’s Meryl, Bloody, Streep, is there anything that this Lady can’t do? Young lady. Check. Old Lady. Check. Dementia. Check, all with perfect execution, and while it is only marginally the best performance of the year, the second sadly wasn’t even nominated. While the Academy does represent Sanity in a world of garbage cinema, sometimes we have got to question why the most deserving nominee wasn’t even nominated.

Should be Nominated: Tilda Swinton in We Need to Talk About Kevin as Eva Khatchadourian.

Quiet, Poignant, Reserved acting at one of its finest, the lack of dramatics, can be compared to the likes of Helen Mirren in “The Queen” and really elevated everything around it, to a whole other level. Sadly this and many others were overlooked for Michelle Williams, Rooney Mara, and Viola Davis. I have never been this contentious with the AMPAS’ Actress nominees. Shame(Which was also a deserving film for Best Picture, NOT NOMINATED SADLY)

Charismatic, and Charming he’s definitely wormed his way into the hearts of many Academy members, and despite a challenged from Clooney; Dujardin should walk away with this hands down.

I know I’m biased towards this “Perfect” film in my opinion, but his performance was stunning as the British Intelligence Operative, George Smiley, as he finds the mole “right at the top of the circus”.

Should be Nominated: N/A

I honestly don’t have problems with this list, though I wouldn’t have minded seeing Demian Bichir swapped out for Michael Fassbender in Shame, however Bichir is perfectly all right for me, and I don’t have the heart to kick any of the other nominees out for a replacement.

Is there any doubt about this anymore, she got the GG, the SAG, the BAFTA, the BFCA, the this, and the that, and probably ever single award this year, I’d be shocked but extremely happy if she loses this weekend.

Movie Sucked, Glenn was fairly amazing, but Janet McTeer though not absolutely convincing as a Man(all due to the make-up) makes up for all of that in some of the best acting this year. Catch the film only if for her.

Should be Nominated: Vanessa Redgrave

In other words, starring in “Shakespeare makes Sense” she blows the performance out of the water, easily better than at least 2 of the nominees.

Should be Nominated for a Different Film: Jessica Chastain for Tree of Life

It makes me wonder if this was the film she was supposed to be nominated in, as the official nominee film still wasn’t actually from the Help, but even though she was phenomenal in both, Tree of Life just presents a much more superior performance quality wise for her. What can I say? Terrence Malick definitely worked his magic here.

After going through the most important categories, I’ll just list the winners, and comment on my opinions on the race.

Though the Artist could hit this category in a Sweep.

Definitely a 3 way race between The Descendants, Moneyball, and the heavily Brit supported Tinker Tailor Soldier Spy, I wouldn’t be surprised if any of the 3 took it as their consolation prize as none are likely to win anywhere else.

I don’t see why A Separation would lose here however I hear the Academy voters aren’t particularily impressed with the film, and also keep in mind it was upset at the BAFTAs by a film that wasn’t even nominated here. Watch In Darkness or Monseiur Lazhar to take it here if A Separation looses.

Score: Ludovic Bource for The Artist

Seeing as the Score is literally half the film, I see this being a category that The Artist has firmly locked up.

Crap shoot coin toss, only 2 nominees makes me wonder why even bother. It’s obviously Man or Muppet, the other song I honestly don’t even remember along with most of the AMPAS members.

I really hope that Potter gets tossed a bone anywhere but that’s not happening, and Hugo is totally a deserving winner. See the film and feast yourself on the best 3-D use ever, and amazing sets.

The prosthetic work, and the amazing use of the ageing make-up is definitely what puts it marginally in front of Harry Potter, and the fact that despite being both British, Harry Potter lost the award on it’s Home Turf, at the BAFTAS.

Madonna’s epic disaster of a film will now be an Oscar winner come Sunday night(God, I’ll have nightmares for weeks), because the Academy as a whole understands Best Costumes as Most Costumes and Most Elaborate Costumes, and no one can deny the work in that aspect.

Artist in a Sweep.

Visual Effects: Rise of the Planet of the Apes

Just watch Andy Serkis, and the apes in the movie, and enlightenment shall come upon you.

Things to Watch for on Oscar Night

Sure Sign that Director, Actor, and Picture are going it’s way, and maybe even Supporting Actress as well(but only if it hits all the categories)

Meryl’s chances are dead in the Water.

Viola’s chances are dead, and Meryl’s guaranteed Trophy #3 with nomination #17.

Adapted Screenplay may very well be its now, and Actor is no longer out of the question though that would be hugely surprising considering Dujardin won that prize at the BAFTAs in Britain only to loose to a Brit.

There are other categories that can be alluded depending on how the early awards go, but nothing that holds any importance. Enjoy, and hope you watch the 84th Academy Awards live from Hollywood and Highland, starting at 5:30 pm on Sunday 26 February.